Home // Communication // WHEN YOU GET STUCK, SHAKE IT UP

WHEN YOU GET STUCK, SHAKE IT UP 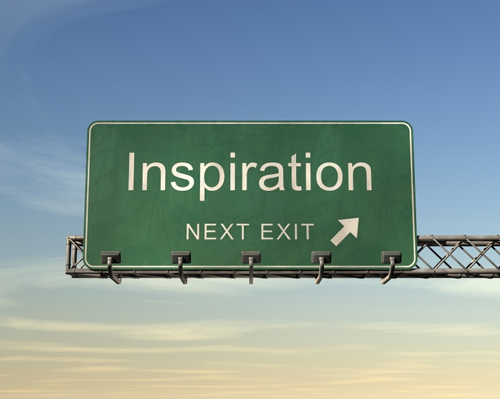 Diana: I’ve been stuck in molasses. Trying to write my weekly blog post felt impossible – like struggling to get one hand free and feeling my heels sink deeper. Yuck!

Ralph: Did you get it done?

Diana: Yep, amazingly – with a little help from my friends.

Ralph: Well Mercury is in retrograde for a few more days, you know.

Diana: And that’s affecting my blogging? Really? I thought that was the reason my teleclass had glitches.

Ralph: Both! You’re cut off from your natural rhythms. Not flowing. Technology, creativity, and communication can all be impacted.

Diana: Wow – that explains it. That’s why it was so hard yesterday. When will it end?

Ralph: November 11th! But don’t be discouraged if what you write is not up to your personal standards. You can use it! Your blogs are about communication, right? Well tell folks about what happens when communication is…

Diana: Sticky? – would be the word you’re looking for…. not happening. (Laughs.) And as usual, you’re right. I did have a breakthrough after the 3 day breakdown.

Ralph: (sipping his coffee) Sticky – okay. Yeah – so what did you do? What was the breakthrough? And more importantly, what should your readers do?

Diana: (smiling) Ahhh. I wrote a blogpost about “stuckness”. What a grand idea. One thing that worked for me was simply owning it. I mean confessing to Marci and – you, in this case. That freed up some of the energy being burnt up in spinning, in frustration. You can’t imagine how much ‘round and ‘round was going on.

Ralph ; So step one is admitting you’re stuck, right?

Diana: Yep and next comes, stepping away to do something completely different. I cooked up a storm yesterday – a yummy split pea soup and grilled chicken, some fancy ice dish with spinach and a marinade for baked yellow beets.

Diana: (with a twinkle in her eye) Sure, come at 7:00. But seriously, Ralph, cooking is fun for me – something I really enjoy and since I don’t use recipes – creative too. Concrete too. So getting off the computer into the kitchen – putting on a little cookin’ music and creating delicious, nourishing food is liberating.

Ralph: And we all benefit – I mean Marci, Sarah and me. (takes a bite of his croissant). But when did you get back to work? That cooking didn’t use up your day?

Diana: Good question! Nope, 2 hours plus a little. And after I had a success – that’s how I’d describe it. Okay not an Academy Award or anything, but the good feeling I got from making good food carried over. I used it.

Ralph: So you came at the blog with renewed confidence?

Diana: Yep! Even though the confidence was in another area completely, I felt capable – you know? Like I could do things – do them well.

Ralph: I get it. Then what?

Diana: I started fresh! I saved what I’d been working on and started a new doc – blank screen, clean start. Something about that felt good – liberating somehow.

Diana: Well, perhaps it wasn’t the greatest blog I’d ever written, but it did wend its way onto the screen pretty painlessly. I got 936 words done in a flash – almost without stopping. I didn’t edit ‘til it was all there.

Ralph: Want the rest of your bagel?

Diana (Shakes her head): So that would be part of the methodology. No editing ‘til completion.

Then step away for it to settle and come back with fresh eyes. That’s when my rigorous, relentless editor takes over. And I ask for other eyes to give me feedback.

Ralph: That sounds like pretty good advice for writing in general.

Diana: True. The big discovery for me though was around being stuck. It’s hard to admit – even to myself. Once I was able to do that – a powerful shift began. Owning up to it – speaking it aloud, really opened up some space. And in that space, I found vitality -an energy. As to to the great Western cookoff part – well – that ‘s just a good practice, generally.

When stuck, step away. Do something very different, preferably something you love. Shake it up. Then come back fresh and the bang of increased confidence puts you into a better mind state.

Ralph: Sounds like you’ve got the skeleton of your next blog, right there. Helpful and real!

Diana: Why thanks, Ralph. Great idea. (Smiles) Even if it did cost me a bagel and coffee.

Posted in Communication
« Previous Next »