Home // Communication // The Shadow of Anger

The Shadow of Anger 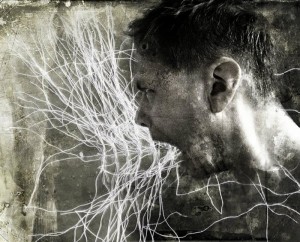 “I showed him!” Alec, a client, stormed.

He was talking about an exchange with James, a colleague who had rejected his design proposal in a team meeting. As he shared, his face contorted and his voice strained. And then a wild-eyed expression crossed his features. Alec was frightened because he felt like he wanted to punch James in the face.

Anger is one aspect of the shadow that can come up when I am coaching executives, entrepreneurs, consultants, or other coaches.

(In case the term is unfamiliar, the shadow is the part of yourself that lurks, under the surface, in your unconscious. It doesn’t just hide the dark stuff – the jealousy, lust, greed and so on. It also, sadly, keeps your brilliance, generosity, and radiant intelligence in the dark. )

It is easy to spot how poorly other people handle anger, but it’s often difficult to spot in yourself.

Yet without a healthy ability to deal with anger, real connection and intimacy cannot grow.

Often, shadowed anger turns into abuse, and it takes on Medusa-like forms such as creating drama, making demands, long-term grudges, smoldering resentment  and even vengeance.

It is a sword that cuts you and other people, can destroy relationships, and can wreak havoc in your life…unless you “make friends” with your anger, and transform it.

True anger is assertive ( meaning you speak it in useful ways)  but not aggressive (rageful, insulting, blaming). It arises from displeasure at an injustice and is meant to be communicated, not wrapped in moody silence. Armed with true anger, you can take responsibility for your own feelings, seeing the other person as a catalyst, not a cause.

Anger releases your aliveness ( excitation, energy)   and leads to repose, if dealt with. And its aim is usually a deeper and more effective bond with the person on its receiving end.

And don’t be confused, anger coexists with other feelings. So love and anger are often mated-especially in long lasting relationships. In fact a hallmark of a healthy relationship is the ability for the partners to express all their emotions – anger included- in productive ways.

If you express it (rather than bottling it up), anger is brief, and you can let go of it with a sense of closure. But if you keep it in…watch out! Not only will you create suffering (for yourself and other people), but you are very likely to create real health issues like high blood pressure, heart attack, and cancer.

One way to recognize if you have a shadow element here is to notice whether you want to “get the rage out no matter who gets hurt” or has you plotting retaliation.

If you live with simmering resentments or if you go into hiding, that’s another clue.

If what’s written here has made you uncomfortable. you’ll want to pay attention. This IS something you can transform…with practice.

Begin by noticing what happens when you get angry. Keep a journal and jot notes on your thought pattern and actions. Bring compassion to this exploration or you’ll be angry with yourself – useless and ineffective.

Oh and what happened with Alec, you might be wondering?  Alec, during the last 4 months, has made a lot of progress in moving from healthy anger instead of revenge and his co-workers are liking him a lot more. More importantly, Alec is liking himself!

If you’d like to understand how you shadow is the cause of so much of your experience of emotions like pain, shame, regret, guilt, anger, fear, and doubt…

…and how it can cause negative behaviors like judgement (of yourself and/or others), greed, mistrust, abuse and addiction…

Then please join me and learn how to recognize and transform your shadow into a force for abundance, wealth, love, joy and fulfillment.

I’ll be speaking with more than a dozen thought leaders, teachers, masters and experts to get the best tools, resources, and insights…so you can make your life everything that you want.

Posted in Communication, Self-Help
« Previous Next »