Is the Emperor Naked? 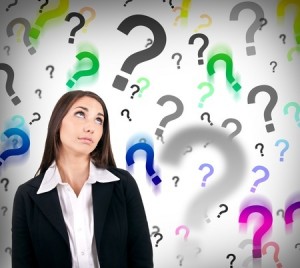 Who is the emperor? Whose clothes are missing? Who is pointing at the nudity? Yes, these queries come from the famous story of The Emperor’s New Clothes, yet they are questions from my own experience this morning. Let me explain.

I live in the Bay Area and many of my clients, friends, and colleagues do regular spiritual practice. Even calling it that makes me slightly uncomfortable as it feels like simple living practice to me…nothing that requires a wink (or raised eyebrow) to the “woo woo” Bay Area.

This morning, I attended a session led by Gangaji, a spiritual teacher here to teach a 3 day workshop. Organized by CIIS, the California Institute of Integral Studies, it was sparsely attended so I was able to sit up close and personal. I like that. It enables me to see facial expressions and really hear every word spoken and many unspoken as well.

My reason for being there was mostly curiosity. My close friend, Sarah, made the ticket she had purchased for herself available to me when she couldn’t go. It was a precious gift, especially as Sarah had described powerful experiences with this particular teacher. Even this morning, she had said, “You’ll feel the transmission when you enter the room.”

I’m writing this because I didn’t “feel the transmission”. Instead, I experienced an onslaught of questions. And dear reader, if you’re expecting erudite answers, don’t. Instead, this is my opportunity for surfacing the flood of questions that arose in me in the Starr Room of the First Universalist Church this morning.

You can read about Gangaji on her website. Her story is commonplace enough – a sensitive soul seeking through many channels for enlightenment – as a wife, parent, activist, acupuncturist; ending up in the Bay Area before the pilgrimage to India and the meeting with her guru where everything changed. An interesting note is that she includes the correspondence between her teacher, affectionately called Poonjabi and herself, on her website, as well as lovely photos of her teacher’s teacher. The photos of Swami touched me deeply…as little else did. Something in his deep set, dark eyes seemed alive with whispered wisdom and profound compassion.

When we go to hear a spiritual teacher, what are we bringing with us? And who is actually going? Does what we bring get in the way of our experience or does it create our experience? Can the teacher sweep it aside and lift the curtain on our confusion? What are we projecting onto the teacher we’ve come to learn from?

Projection for the uninitiated is a psychoanalytical theory – projection is the process whereby one person believes they see attributes (both good and bad) in another. The theory views this tendency as a defense mechanism whereby unenviable or unpleasant traits, impulses or ideas are attributed to another person. In this way, the person doing the projecting is able to avoid the unpleasantness in themselves.

My own experience has been that the very rare individual has swept the cobwebs from my eyes – momentarily – or for a day, but most wonderful teachers have not!

And what does someone really mean when they say they received a transmission from another human being?

I’m not sure of that, though I’ve used that language myself. What I have meant by it, is that some deeply understood wisdom the other has arrived at, or similar knowledge has passed into me without the benefit of language pointing it out. It is as though, by direct experience, somatically, my body and heart and mind simultaneously say, “Amen” to an unspoken message. The message is usually ontological, meaning that it is about “Being” rather than the more mundane facts of ordinary, daily living.

Remember that “amen” was the unlettered form of agreement when a more learned person read to the group or crowd. I use it here in that context – me being “the unlettered” and the teacher sharing the message non-verbally.

How can two people, sitting side by side, sensitive souls each, doing their spiritual “work” – trying to understand Reality, so to speak have such varying experiences that one feels she received a transmission while the other feels just a pleasant accord with the “emperor” – the person at the front of the room?

To me, it speaks of a great mystery. My friend Rob, mentioned lineage in our conversation on this subject. The idea of lineage speaks to me with power. In my recent readings about epigenetics (research in epigenetics has shown that environmental factors affect characteristics of organisms. These changes are sometimes passed on to the offspring. Does this in any way oppose Darwin’s theory of evolution? Not according to researchers) though the specific word never came up, it kept repeating itself in my mind.

Rob’s remark made me posit that different people hearing a teacher respond from their lineages…either in sync with the speaker – setting up a resonance, or not. Understand that I think of this as one flavor of the recipe of “transmission” – not exclusive but an important ingredient. Perhaps our projections, our openness, our inherent preferences are other ingredients.

Then there is what the teacher is bringing. Also a recipe despite claims of simplicity.

I suppose when these two recipes merge in the melting pot of our experience, through the addition of a mystical quality, an alchemical process may or may not occur. And that, to the best of my understanding brings about the transmission or lack of one.

And while receiving a transmission, for me, has left such a powerful impression that it reverberates through Time, hearing wise words without it is also a great thing – a reminder of how to be in the world, where to point attention, what is possible with awareness.

So what I experienced in the Starr Room was an attractive woman, clad all in white, with a slight Texas drawl, teaching about the power of staying Present without letting the mind lead one astray with its many ideas. Furthermore, she taught about the impact and import of “repeating questions” a technique I’m steeped in, to conquer the subconscious.

In a repeating question, a method taught by many teachers including Ramana Maharshi, the respondent answers the same questions again and again for a pre-determined period of time, surfacing the layers of consciousness and unconsciousness beneath the original answers.

This method and everything else Gangaji was sharing was all good stuff. But did I have a transcendental experience? No…and that’s what opened the floodgates of questions…why not?

And now, hours later, having talked about it, thought about it and written about it, I can breathe into it with a sigh of pleasure…despite my not knowing the answers.

When I think of my clients, I am reminded of their different leadership styles. I am aware that some who lead are able to inspire their followers with great ideas, strategies and plans. Others, through the force of their personalities, create teams that cohere and put out extraordinary effort. Yet others, in their deep listening and general emotional intelligence, create loyalty and cohesion and a safe environment for experimentation among their teams. Still others are decisive in crisis mode and align their peeps with their clarity and conviction. If we respond strongly to different leadership styles, why not to different teachers?

So while my experience of Gangaji was less than my friend wished for me, to my mind, less than her own, it was a worthwhile endeavor to hear her teach. And the evidence? All these important questions and considerations that I will continue to ponder, are one fine outcome.